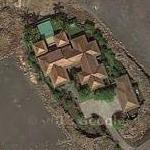 By Champion3 @ 2013-05-22 23:08:45
@ 19.80558618, -156.00513101
Kailua, Hawaii (HI), US
Noel J .Fenton is a a co-founder of Trinity Ventures, a Menlo Park, CA-based venture capital firm. Fenton was co‐founder of three successful technology startups, and CEO of two of them, Covalent Systems and Acurex. He led Covalent Systems from start‐up to a profitable $12 million sales level in three years. He led Acurex during a period when sales increased nearly tenfold to $65 million with continuous profitability. Noel is actively involved in the World Presidents’ Organization and the Stanford Athletic Board, and is a past chairman of the Northern California Chapter of the Young Presidents’ Organization and a past chairman of the American Electronics Association. He has a degree from Cornell and an MBA from Stanford.
Links: www.trinityventures.com
1,159 views