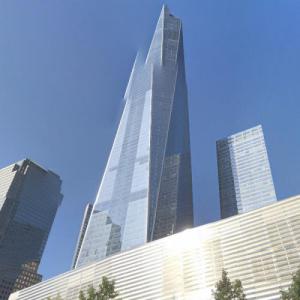 On May 10, 2013, the final component of the antenna was installed atop the skyscraper, making One World Trade Center tentatively the tallest building in the Western Hemisphere and the third-tallest building in the world by pinnacle height, with its antenna reaching a symbolic 1,776 feet (541 m) in reference to the year of the United States Declaration of Independence."
Photo by Tom Ritucci May 2013
Links: en.wikipedia.org
2,138 views