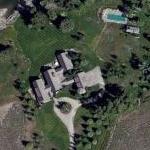 By Champion3 @ 2013-08-06 20:30:24
@ 43.63272841, -110.74128628
Jackson, Wyoming (WY), US
Paul G. Kimball is a former Morgan Stanley executive. In the course of his career he has advised on and executed many of the world's largest foreign exchange transactions and has been a sounding board on global economic policy issues for several finance ministers and central bank governors throughout the world. From 1982 – 2001 Kimball helped establish and later headed the global Foreign Exchange Department of Morgan Stanley. During his 8 year tenure as co-head, Mr. Kimball was named Chairman (1998-2001) of the Foreign Exchange Committee, a global industry association established by the Federal Reserve Bank of New York to provide advice to the Federal Reserve on financial markets and developments on the global economy. Kimball was also the first Chairman of Fx All which is the world’s largest platform for client foreign exchange trading.
Links: www.sagebrushcapital.com
1,137 views