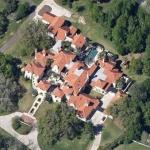 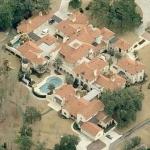 The Baton Rouge YMCA is also named for the Pennington family in honor of their generous donations to the organization. Paula Pennington de la Bretonne now serves as Trustee and Chairman of the Pennington Foundation. An avid tennis fan, she had her friend Pete Sampras to play a special charity match to raise money for displaced Hurricane Katrina victims soon after the disaster.

In addition to de la Bretonne's main residence, the multi-acre property also features several smaller detached structures, possibly used as guest or staff housing. There are two guard-gated entrances to the complex and a large man-made lake near the front of the home.