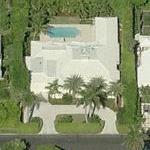 Noel had previously been a private banker in Lausanne, Switzerland, then worked at Citigroup before becoming the head of Chemical Bank's international private banking practice in Nigeria, Switzerland, and Brazil. His family also owns an apartment on Park Avenue in Manhattan, a summer home in Southampton, NY and a 42-room retreat on Caribbean island of Mustique.

Three of Noel’s sons-in-law eventually became partners, promoting the firm’s funds in either their home countries or regions where they had their own family connections, and funneled money into Bernie Madoff's funds. They ultimately had roughly $7 billion with Madoff.
Links: en.wikipedia.org
1,803 views