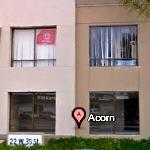 By Parabellum @ 2009-11-23 12:41:34
@ 32.650114, -117.097594
National City, California (CA), US
On October 1st, 2009 California Attorney General Jerry Brown announced that an investigation had been opened into ACORN’s activities in California, resulting from undercover videos showing employees seemingly offering to assist the undercover film makers with human smuggling, child prostitution and even tax advice to boot.

Although ACORN has denied any wrongdoing, some of the employees involved were terminated, and ACORN has publicly stated that they would fully cooperate with any investigations that followed.
Links: www.breitbart.com
506 views