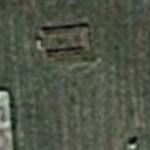 Some of his more well known songs are: "I'll Play the Blues for You", "Don't Throw Your Love on Me So Strong", "I'm a Lonely Man," and "Blues at Sunrise".

Albert died of a heart attack in 1992 ans was burried near his childhood home in Edmondson, Arkansas.
Links: www.rollingstone.com, en.wikipedia.org, www.deadbluesguys.com
605 views