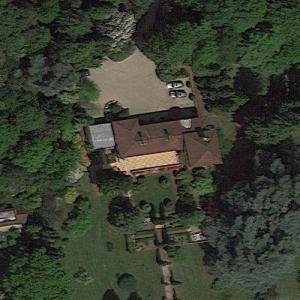 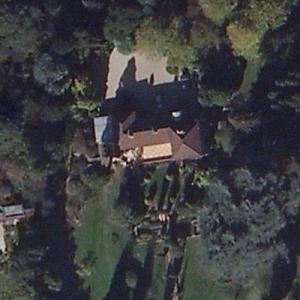 By BermudaBreeze @ 2007-12-26 10:10:48
@ 51.16863577, -0.45946489
Ewhurst, United Kingdom (GB)
British rock musician Eric Clapton’s house is in Ewhurst, United Kingdom. His Italian-style villa and home for several decades is called Hurtwood Edge. The house is included on the British Listed Buildings website with an in-depth description of architectural features and the many window features of the home.

The two-story house was built in 1910 by A.T. Bolton. It is constructed of Sandstone blocks and tiled roof with a lead roof over the porch. There is a colored stone paved terrace across the front of the house.

Eric Clapton’s net worth is $250 million.

In addition to being a songwriter, singer, composer and guitarist, Eric Clapton formed the band “Cream” – a highly regarded but short-lived rock band that first brought him to the United States in 1967. The band came together in 1966 but by 1968 disbanded due to conflicts, drug-use, and alcohol-use. He was also a member of a band called “The Roosters” and “The Yardbirds.” He has been inducted into the Rock and Roll Hall of Fame three times – the only person to do so – once solo, and once with each “Cream” and “The Yardbirds.”

One of his most famous songs is “Tears In Heaven,” written after his son Conor was killed by falling from a friend’s apartment window on the 53rd floor.

Eric Clapton is also known for the success of “Layla” and “Crossroads.”
“Rolling Stone” magazine ranked him No. 2 on the “100 Greatest Guitarists of All Time” list, while “Gibson’s” ranked him as No. 4 in the Top 50 Guitarists of all time.

His charitable works include serving on the board of Clouds House, a drug and alcohol abuse treatment center, from 1993 to 1997. He was also on the board of directors for The Chemical Dependency Centre for five years. He founded the Crossroads Centre in Antigua in 1998 to help others with drug and alcohol abuse and raised funds for the organization for several years between 2004 to 2013 with the Crossroads Guitar Festival.
Links: britishlistedbuildings.co.uk, en.wikipedia.org, www.celebritynetworth.com
197,722 views