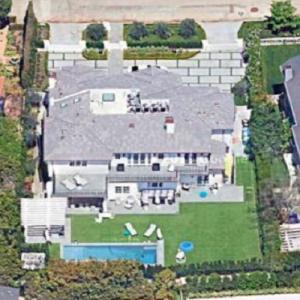 Arnold founded Sirena, a number one fashion swimsuit line for women, in 1959. After a succession of highly profitable years, Sirena was acquired in 1971 by Consolidated Foods Corporation (Sara Lee). Arnold continued on as President after the acquisition.

Born in Brooklyn in 1924 and raised in Scarsdale, NY, he entered Yale University in 1942, graduated in 3 years, and enlisted in the Naval Reserve later that same year. He attended Pre-Midshipmen School at Princeton, Columbia Midshipmen School, and when commissioned as Ensign, USNR, attended Harvard Supply School. He served as a supply officer on USS New DD 818 during 1946. He married Betty Shuldener in 1946, moved to California and raised three children. Throughout his life, Arnold was a high achiever. His first-ever camera at age 12 launched a lifelong love affair with photography and his first contest award. He had several photographs published in the newspaper while he was in high school. He personally photographed the swimwear line for the sales catalog, noting he could do it faster than the professionals. In 1990, after a tour of Europe, he held a one-man show of his work at the Santa Monica Library. He continued his camera work well into the 2000's, moving to digital media to expand his craft.

One of his favorite achievements was that he led the US Navy strength tests several times while at Yale. In his adult years, Arnold became an avid golfer, and a member of Brentwood Country Club, where he won tournaments and the long drive contest on occasion.
Links: www.legacy.com
320 views

Oleg is A digital entrepreneur who has founded businesses focused on music, telecom, and esports.