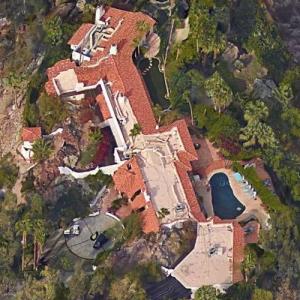 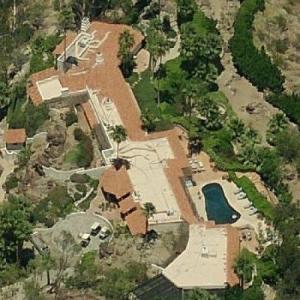 By tlp333 @ 2007-12-09 04:08:02
@ 33.79092629, -116.54699122
Palm Springs, California (CA), US
Barry Manilow lives in this beautiful Palm Springs Mansion. A well known singer and songwriter, best known for such recordings as "I Write the Songs", "Mandy", "Weekend in New England" and "Copacabana". He recorded and released 46 Top 40 singles including 13 that hit number one and 28 of which appeared in the top ten. Manilow has also released several multi-platinum albums. He has been nominated for a Grammy Award as a producer, arranger and performer a total of fifteen times, but only ever took home one award himself. He has also produced Grammy-nominated albums for Bette Midler, Dionne Warwick, Nancy Wilson and Sarah Vaughan. His work influence is widespread, though critics still are shy to embrace the singer.

Often singing about matters of the heart, Manilow married his high school sweetheart, Susan Deixler, in 1964. Though the marriage was annulled so Manilow could pursue his musical dreams, he affectionately referred to her as the perfect wife. He married again to Garry Kief in 2014 after same sex marriage was legalized. Keeping the secret for three years before officially coming out in 2017, Manilow decided to downplay his sexuality as he feared it would hurt his female fans too deeply. He denied claims that his sexuality had anything to do with the ending of his first marriage.

This stunning home is a sprawling 8-bed, 5.5-bath, 9,798 sq ft estate in Palm Spring, California. Perfect for the singer in their twilight years, this sunny California home is just a stone's throw from the ocean.

Barry Manilow has sold over 80 million records internationally and has received three Grammy Awards, a Tony Award, and two Emmy Awards among other accolades. As a solo artist he is one of the world's best-selling artists. Over his hugely successful career he’s earned $100 Million in net worth.
Links: en.wikipedia.org, hauteliving.com
58,019 views

Anonymous
@ 2019-11-18 20:12:59
Love Barry Manilow. I'm only a year younger and have been a fan since the beginning. I saw 2 of his concerts at Blossom Music Center just south of Cleveland in Cuyahoga Falls, Ohio. He was terrific! So glad I got to see him and hope he is well. Sonia Price-Sergent