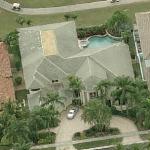 By jdubble07 @ 2015-04-29 11:16:25
@ 26.79910878, -80.21200422
West Palm Beach, Florida (FL), US
Ben Carson the retired neurosurgeon who briefly ran as a Republican for the 2016 presidential election lives here. Carson is an American politician, public servant, author and retired neurosurgeon who has been serving as the 17th United States Secretary of Housing and Urban Development since 2017. Prior to his cabinet position under the Trump Administration, Carson was a candidate for President of the United States in the Republican primaries in 2016, at times leading nationwide polls of Republicans. Born in Detroit, Michigan, and a graduate of Yale University and the University of Michigan Medical School, Carson has authored numerous books on his medical career and political stances. He was even portrayed by Cuba Gooding Jr. in a 2009 biographical television drama film.

Carson was the Director of Pediatric Neurosurgery at the Johns Hopkins Hospital from 1984 until his retirement in 2013. As a pioneer in neurosurgery, Carson's achievements include performing the only successful separation of conjoined twins joined at the back of the head; performing the first successful neurosurgical procedure on a fetus inside the womb; performing the first completely successful separation of type-2 vertical craniopagus twins; developing new methods to treat brain-stem tumors; and revitalizing hemispherectomy techniques for controlling seizures.He became the youngest chief of pediatric neurosurgery in the country at age 33. Carson has received more than 60 honorary doctorate degrees, numerous national merit citations, and written over 100 neurosurgical publications. In 2001, he was named by CNN and TIME magazine as one of the nation's 20 foremost physicians and scientists, and was selected by the Library of Congress as one of 89 "Living Legends" on its 200th anniversary. In 2008, Carson was bestowed the Presidential Medal of Freedom, the highest civilian award in the United States. In 2010, he was elected into the National Academy of Medicine. He was Professor of Neurosurgery, Oncology, Plastic Surgery and Pediatrics at the Johns Hopkins University School of Medicine. Carson was confirmed by the United States Senate as the Secretary of Housing and Urban Development in a 58–41 vote and was sworn in on March 2, 2017. Dr. Ben Carson has a net worth of $30 million dollars.
Links: en.wikipedia.org
9,374 views