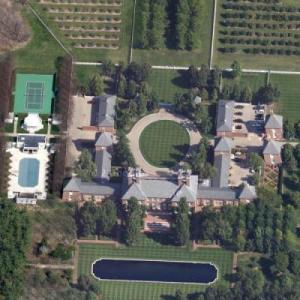 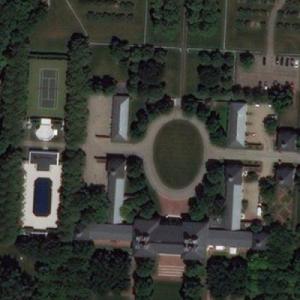 As the CEO and founder of Limited Brands, Inc. (currently L Brands Inc.) he has been the longest serving CEO of a Fortune 500 Company at 53 years. Born on September 8, 1937, Les Wexner went to Ohio State and graduated with a business degree. After graduation, Les went to work at his parent’s store. After borrowing start-up money from his aunt, Les opened his own clothing store “The Limited”, in 1963. It was named that because his clothing store focused on clothing for younger women. Today, L Brands currently operates Victoria’s Secret, Bath & Body Works, Pink, Henri Bendel and La Senza and has 4,000 stores in 60 countries. Other brands previously associated with L Brands are Lane Bryant, Abercrombie & Fitch, Structure and The Limited.

Les Wexner has a reputation for being very philanthropic. He and his mother were the first people in history to make a $1M donation to the United Way. Mr. Wexner has received the Alexis de Tocqueville Society Award of the United Way of America, Woodrow Wilson Award for Citizenship, Ordre des Arts et des Lettres, Knight of the Italian Republic and the American Jewish Committee Herbert H. Lehman Centennial Leadership Award. He also has multiple honorary degrees from various universities around the world and serves as a guest lecturer at Havard’s Kennedy School of Government.

The Wexner estate is a 45,000 square foot home with 30 rooms situated on 336 acres in New Albany, Ohio. Built in 1990, the guest house was decorated by famous interior designer John Stefanidis. The home is famous for hosting the Annual New Albany Classic Invitational Grand Prix and Family Day benefitting the Columbus Coalition Against Family Violence. This event draws top professional jumping riders because of its well maintained and elaborate jumping course onsite. Les Wexner’s wife, Abigail, is the founder and board chair of the Columbus Coalition. Les, Abigail and their four children (Harry, Hannah, Davis and Sarah) live in this home. They also have homes in Bexley, Aspen and New York.

Les Wexner is listed as #63 on Forbes’ list of the Richest 400 people in 2015. Currently, he is estimated to be worth 7.7 billion dollars with sales at his L Brand companies estimated to be 12 Billion a year.
Links: www.wexnerfoundation.org, www.columbusmonthly.com, en.wikipedia.org
142,975 views

Anonymous
@ 2022-02-15 20:05:01
I think there is a typo in the 3rd paragraph. I think the word "work" should be "world" in the following sentence: He also has multiple honorary degrees from various universities around the work . . .
Rick Kritzer
rick94037@yahoo.com