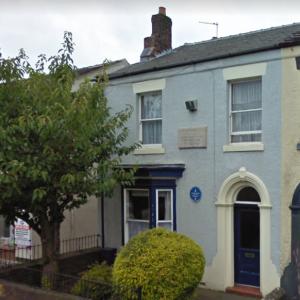 He was born in 1895, the eldest son of Herbert and Eliza Jane Mitchell after leaving school he trained with Vickers Supermarine Co. as an engineer rose quickly to become the company’s Chief Engineer.

In the 1920s and 1930s he worked extensively on designing seaplanes, including the Supermarine S6 which won the Schnieder Trophy in 1931, ad was then developed to the ‘Spitfire’.

Sadly, Mitchell did not see the success of the ‘spitfire’ as he died in 1937 at the age of 42.
Links: www.waymarking.com, en.wikipedia.org
89 views