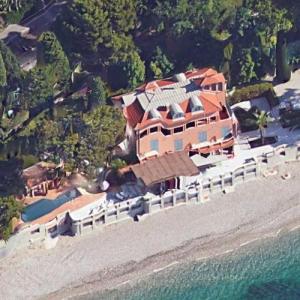 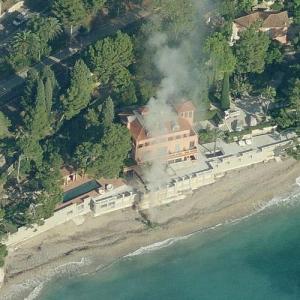 Bono, together with his group U2 has earned 22 Grammy Awards and an induction into the Rock and Roll Hall of Fame. Over the course of their long and highly acclaimed career, the band released twelve albums. They’re so culturally influential that one of their latest albums automatically downloads onto iTunes, after a groundbreaking deal with Apple. Bono has also done collaborations with other notable artists such as Johnny Cash, Bob Dylan, Bruce Springsteen, and Rhianna.
.
Known for sporting his signature sunglasses, Bono is almost never seen in public without them. While some may think it’s a part of his rockstar image, the singer is reported to suffer from glaucoma making him particularly sensitive to bright lights.

Bono has also made significant contributions to philanthropy through his activism and his music. Known for socially relevant lyrics in many of his biggest singles, Bono, was perhaps most famous for organizing LiveAid, a groundbreaking benefit concert to support Aids research. He himself, though his business acumen helped found DATA and Project Red, to help further the cause. His work, and his contribution to music would earn him knighthood to the Most Excellent Order of the British Empire.

Bono is married Alison Hewson a fellow activist and accomplished business professional. The couple have four children together, and have been photographed together recently cycling in the French countryside near this very house.

This breathtaking French Riviera is in a highly desirable region of southern France. Along the Mediteranian in Nice, the house boasts a stunning view of the coastline and a star studded neighborhood. Bono has been seen often socializing with his friend and bandmate Edge, who also lives in the area.

Bono, a smart investor with business acumen in addition to a great voice, has earned a net worth of $700 million. Rumored to be a billionaire, given the singers close relationship to Apple, this cultural icon has capitalized on his opportunities well.
42,584 views