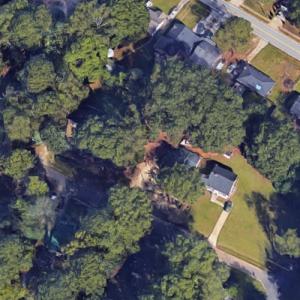 By jdubble07 @ 2019-04-06 18:20:47
@ 33.5439486, -84.3559539
Jonesboro, Georgia (GA), US
Cardi B and Offset, (of Migos) bought these properties for a combined $200,000 outside Atlanta. It is believed that the couple may eventually use the properties on which to build a large single-family home. Belcalis Marlenis Almánzar and Kiari Kendrell Cephus known professionally as Cardi B and Offset, respectively were married in June 108. In July of 2018 Cardi gave birth to their daughter. Offset has three other children from earlier relationships.

Cardi B is an American rapper, songwriter, television personality, actress and a Catholic. From 2015 to 2017, she appeared as a regular cast member on the VH1 reality television series Love & Hip Hop: New York to follow her music aspirations, and released two mixtapes—Gangsta Bitch Music, Vol. 1 and Vol. 2, before signing with label Atlantic Records in early 2017.

Offset, is an American rapper and songwriter. He is a member of the hip hop and trap music trio Migos, alongside his cousin Quavo and his nephew Takeoff.

Cardi B has a net worth of $24 Million which was really launched in 2017 thanks to the success of her single "Bodak Yellow". On September 25, 2017, her song "Bodak Yellow (Money Moves)" rose from the #2 position to the #1 position on the Billboard Hot 100. In 2017 she began dating Migos rapper Offset.

Offset has a net worth of $26 Million. Between September 2017 and September 2018, Migos earned a combined $25 million. It's assumed that Offset's cut of those gross earnings was around $8 million before taxes. That number was the result of a grueling tour schedule that saw the group perform 93 shows in a 12 month period. They are one of the most popular acts on the planet with 4 billion streams in the same period. Between September 2018 and September 2019, they earned $36 million. Money moves.
Links: www.dailymail.co.uk
8,398 views