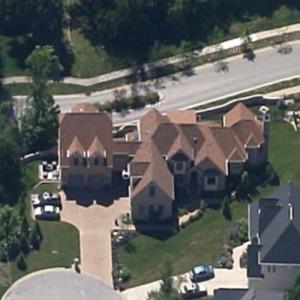 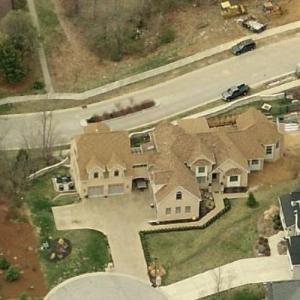 By Xeba73 @ 2015-02-21 07:36:39
@ 39.13907706, -86.51205569
Bloomington, Indiana (IN), US
Carl Cook the billionaire co-owner and CEO of Cook Group, and lives in this humble Bloomington mansion. The Cook Group is a privately held medical device company which was founded by his parents in 1963. As of February 2015, Forbes ranks him among the 75 richest Americans, worth an estimated $6.6 billion. Much of this wealth comes from his time spent working with the Cook Group, his family’s namesake company, which has since its founding grown to be one of the wealthiest companies of its kind.

Carl earned his MBA from the University of Iowa. After graduation, Cook traveled to France and Germany for a year, setting up computers for his family's company, the Cook Group. He then worked at the Cook Group pacemaker division in Leechburg, Pennsylvania, and in their Winston-Salem plant. Cook eventually took over as CEO of the Cook Group after his father passed away in 2011. Overtime, Carl's parents slowly transferred their fortune to him to make sure the family's control of the business was not burdened with high taxes.

The Cook Group Incorporated is an American privately held company that is involved in the manufacturing of medical devices.a medical devices company founded by his late father William Cook. In 2008 it was listed at #324 on American's Largest Private Companies list. It includes Medical Manufacturing, Allied Manufacturing, and Cook Group Affiliates and had $1.5 billion in revenue in 2008 and $2 billion in 2012. Cook Group specializes in stents and catheters that contain pre-injected antibiotics.

Cook is married with children. He lives in Bloomington, Indiana, despite being one of the wealthiest people in the world. It is likely that Cook is hoping to continue the longevity of his family's fortune so that it can be passed down. Bloomington does have some of the best school districts available to students. Equally likely is that Cook simply prefers the midwest lifestyle he grew up among.
Links: en.wikipedia.org
18,201 views