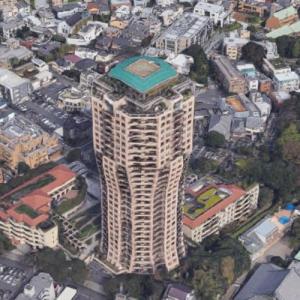 It has been reported that, while on house arrested in his £2.7M penthouse in this building, Ghosn escaped and dodged police surveillance by hiding in a cello case, flying on a private jet from Tokyo to Istanbul, to Beirut.
Links: www.dailymail.co.uk, en.wikipedia.org
242 views