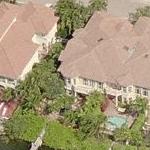 By Champion3 @ 2011-01-19 08:58:26
@ 25.96047574, -80.12635198
Aventura, Florida (FL), US
Chaim Katzman is an Israeli global commercial real estate mogul. He is the founder, controlling shareholder and chairman of Gazit, the parent company of Gazit-Globe, a leading international real estate investment company listed on the Tel Aviv Stock Exchange. As executive chairman, manages more than $14 billion in assets around the globe.

Mr. Katzman is also founder and chairman of Equity One, a REIT that has acquires, renovates, develops and manages more than 180 shopping centers in major U.S. metropolitan markets. He is also involved in the operations of Citycon Oyj, a public European property investment company 40% owned by Gazit. A similar Canadian public company is chaired by Mr. Katzman.

Katzman earns the highest executive salary among Israeli public companies. His salary cost in 2009 was NIS 18.8 million, even after he forewent a large part of his bonus which his contract with Gazit-Globe gave him.
Links: www.florida-israelbusinessforum.org
1,621 views