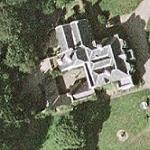 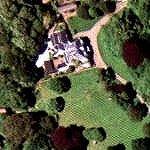 By BermudaBreeze @ 2008-06-03 13:18:56
@ 50.89549, -4.052748
Dolton, United Kingdom (GB)
English musician Charlie Watts’ house was Halsdon House, a 600-acre 16th century estate in the small village of Dolton in Devon, UK. The estate is also home to an Arabian horse stud farm. Watts lived there with his wife Shirley since the late 1960s. Prior to moving to Dolton, the couple lived in a cottage in Lewes, East Sussex known as The Old Brewery. They moved in part due to unwanted attention from fans.

Charlie Watts’ net worth was $250 million. A vast majority of his financial success came from his role as the drummer for The Rolling Stones, though he was also an accomplished jazz drummer.

Watts was born in London and attended Harrow Art School, after which he worked as a graphic designer and began drumming in jazz and rhythm and blues bands. He joined The Rolling Stones in 1963. The Rolling Stones have released 30 studio albums and toured 48 times, selling over 240 million records. They are the fourth bestselling musical act of all time. Watts played on every record and never missed a show till his death in 2021.

Though Watts had his struggles with substances and addiction, especially for a period in the 1980s, he was known for shirking the typical rock and roll lifestyle that many of his bandmates indulged in throughout their highly successful careers. He remained dutifully faithful to his wife and lived a private and restrained lifestyle relative to his peers. He was also known for his refined fashion sense, often wearing bespoke English suits during public appearances and understated collared shirts on stage.