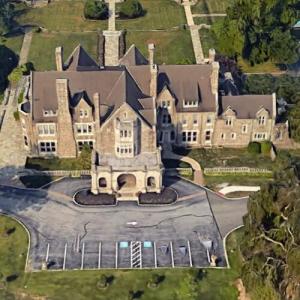 Geist owned this home, originally called The Godfrey Residence, which he renamed Launfal.