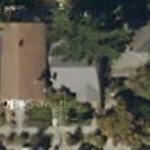 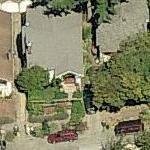 Dave Matthews found fame with his band, the "Dave Matthews Band," often abbreviated to DMB. The band is known for their annual summer-long tours of the United States and Europe, featuring lengthy improvisational renditions of their songs, accompanied by an elaborate video and lighting show. Together, they are known for playing the songs differently each time and for fans' avid discovery, seeking out, and claiming different versions recorded at different venues in time including "Live at Red Rocks," "Listener Supported," and "Live at Central Park."

The Dave Matthews Band's first album, Remember Two Things, was released on November 9, 1993 with a mix of studio and live tracks. At the time it was released, it charted as the highest independent entry on the college music charts, and by 2002, had been certified platinum by the RIAA. In 2004, DMB's second album, Under the Table and Dreaming, with its iconic carnival swing imagery, became the band's first major commercial success, featuring "What Would You Say," featuring John Popper of Blues Traveler on harmonica, "Ants Marching" and "Satellite". It went 6x platinum - a record for the band until their next album, Crash (released in 2006), which went 7x platinum in 2000 on the strength of hit songs "Crash into Me," "So Much to Say," "Two Step," and "Tripping Billies."

His other part-time residence & recording studio ("Haunted Hollow") in Charlottesville (VA) is also featured on this site. Dave Matthews has a projected net worth of $250 million.
Links: en.wikipedia.org
108,439 views