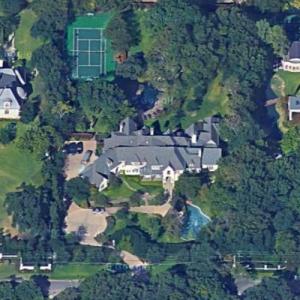 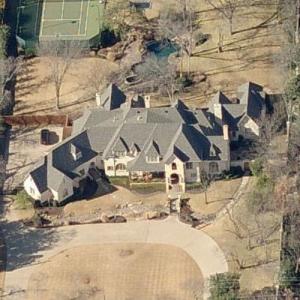 In 2008, a year after he was named NBA MVP, the Mavericks forward bought the five-bedroom home. Public records show he paid just under $8 million. Dirk’s home is located in the heart of the Dallas neighborhood called by some Billionaire’s Row. He reportedly still lives in this area, with such notable stars as Mark Cuban, Ross Perot, and George Bush.

Built in 1937, this massive 9,215 square foot home also boasts a 3-car garage, tennis court, swimming pool and a fireplace with a sitting area near the back patio complete with a basketball hoop. It’s a wonderful home in a premier neighborhood, fit for a basketball star of his stature. One of the most successful and consistent players of his time, Nowitzki enjoyed more than 30 years as a professional athlete. He’s earned a Most Valuable Player award, was an NBA champion in 2011, and is a 14-time All-Star. But he was an international star too, playing for Germany to earn a bronze medal.

Most recently reported, Nowitzki has a net worth of $140 Million. Before retiring, Nowitzki's his salary was a reported $22.7 Million. Nowitzki is praised for his versatile play, leading to solid scoring ability. He was able to hit even the most technical outside shooting positions with his trademark fadeaway jump shot. One of the greatest players to step on the court.
Links: en.wikipedia.org, www.usatoday.com
73,311 views