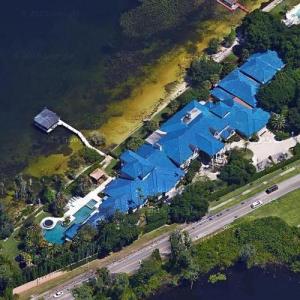 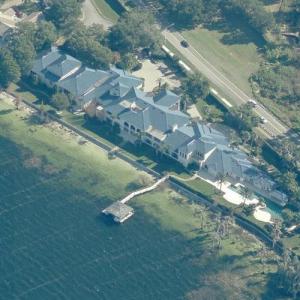 A retired basketball player, Shaquille O’Neal’s net worth is $350 million with an estimated annual salary of $20 million.

In addition to playing 19 years for six different teams in the National Basketball Association, Shaq is also an actor, rapper, film and television producer, real estate investor, has trained as a reserve officer and been made an honorary deputy by a Virginia sheriff’s department. He is also an analyst on “Inside the NBA” and acts as an NBA commentator.

After playing in college for Louisiana State University, he was the first draft pick by Orlando Magic in 1992. He stayed with the Magic for four years, then left of the L.A. Lakers, where he won three consecutive championships before being traded to Miami Heat, where he won his fourth championship. He then played for the Phoenix Suns, Cleveland Cavaliers, and ended his career playing for the Boston Celtics. The 2010-2011 season was his last in the NBA. He was one of the league’s heaviest players, weighing 325 pounds and standing at 7-foot, 1-inch tall.

His Orlando home was featured on an episode of MTV’s “Cribs” and has an indoor 20,000-square-foot basketball court, as well as 11 bedrooms, 13 bathrooms, and a screening room. It is 70,000 square feet.

Shaquille O’Neal has endorsed such products as Pepsi, Reebok, Gold Bond, and IcyHot. He has also released four rap albums and has acted in several movies, including “Blue Chips” and “Kazaam.” He has appeared on Saturday Night Live and hosted his own reality television show in 2007, “Shaq’s Big Challenge,” which encouraged kids in Florida to stay in shape and lose weight.

He has his bachelor’s degree, which he finished after becoming a professional basketball player. He also received his MBA from the University of Phoenix. He also has his Ed.D. from Barry University.

He and his ex-wife, Shaunie Nelson, have four children together, and each have one child from a previous relationship. He began dating Nikki “Hoopz” Alexander, a TV star, in 2010.
Links: en.wikipedia.org, en.wikipedia.org, www.celebritynetworth.com, www.dailymail.co.uk
178,833 views