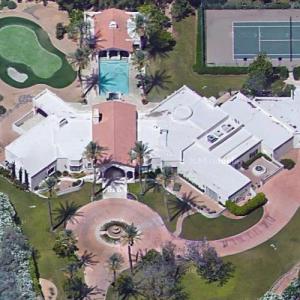 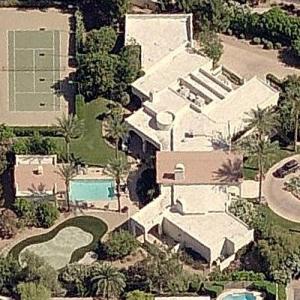 Charles Barkley is known as one of the 50 greatest basketball players in NBA history. Born on February 20, 1963, Charles Barkley started playing basketball in high school where he really started to bloom his senior year. This power forward was recruited out of high school by Auburn University in Alabama where he majored in Business Management. He left before his senior year to enter into the NBA drafts. In the 1984 draft, Charles was drafted as the fifth pick in the first round by the Philadelphia 76ers. During his time with the 76ers, Charles was in 6 All-Star games and was runner up for MVP during the 1989-1990 season. He played with the 76ers for eight seasons and in that time became one of the best known players and had his own signature line of Nike shoes. He was also known for his record fine for a fight with Detroit Pistons center, Bill Laimbeer. He would eventually win the NBA MVP once in 1993. Charles Barkley went on to play for the Phoenix Suns (1992 – 1996) and the Houston Rockets (1996 – 2000). Charles Barkley retired April 10, 2000 after scoring a memorable basket.

Charles Barkley has also won two Olympic gold medals as a member of the US Men’s Basketball team in both 1992 and 1996. Since his retirement in 2000, Charles has been an analyst for TNT covering the NBA games during pre-show and half time. He is also part of the crew on Inside the NBA. He also helps cover the NCAA Final Four tournaments on CBS. He has been married to Maureen Blumhardt since 1989 and has one daughter, Christina.

Not much is known about Charles’ Scottsdale house other than that he bought the house in the late 1990s for 2.2M.

Charles Barkley is estimated to be worth 40 million dollars. During his peak season with the Houston Rockets he was rumored to be making 9.3M a season. Some of his wealth is attributed to his being the spokesperson for Nike, McDonald's, T-Mobile and Weight Watchers.
Links: en.wikipedia.org, www.celebritynetworth.com, www.azcentral.com
140,711 views