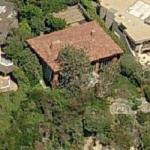 The company was split into many different entities, most namely Rockwell Collins and Rockwell Automation, two fortune 500 companies.


Mr. Beall has been a director of the company since June 2001 and served as non-executive Chairman of the Board from June 2001 to June 2002. He is the Chairman of the Executive Committee and a member of the Technology Committee. Mr. Beall is the retired Chairman and CEO of Rockwell and was a director of Rockwell from 1978 to February 2001. He served as Chairman and CEO of Rockwell from 1988 to February 1998 and President from 1979 to 1988. Mr. Beall serves on the board of CT Realty. He is a former director of Conexant Systems, Jazz Semiconductor, Mindspeed Technologies, Skyworks Solutions, Procter & Gamble, Times Mirror, Amoco and ArvinMeritor. He is a member of various University of California - Irvine supporting organizations, an Overseer of the Hoover Institute at Stanford and a former trustee of the California Institute of Technology.
Links: www.nndb.com
1,496 views