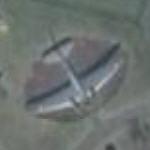 The second version, designated B-18A, appeared in 1937. It had a revised nose with extensive glazing in which the bomb-aimer/navigator sat above and ahead of the nose gun, which was housed in a ball-type turret. 255 of this version were ordered. Only 217 were delivered as B-18As; the final 38 were delivered as B-23s, an almost total redesign.

The B-18 was numerically the most important US bomber in 1941. 33 of them were based in Hawaii with the 5th and 11th Bombardment Groups and 12 more were in the Philippines with the 28th Bombardment Squadron. Almost all were destroyed in the initial Japanese attacks in December 1941. The few remaining played no significant role in later operations. Additional B-18s were based in Panama and the Caribbean and at three bases in the U.S.

In 1942 122 B-18As were converted for anti-submarine patrol. They were fitted with ASV (Air to Surface Vessel) radar and Magnetic Anomaly Detector and designated as B-18B. 20 similar aircraft were delivered to the RCAF as Digby Mk. I. B-18Bs were credited with sinking two submarines and the Digby with one. All were replaced by the B-24 Liberator by mid-1943. B-18s and B-18As were then used in training and transport roles.