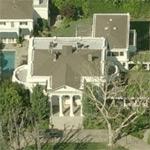 Former Ram Danny Villanueva renovated the interior in the 1980s, and, after owning the home for five years, Yong and Kyung Park put the city landmark up for sale in 1999 for about two and a half million dollars.
Links: bigorangelandmarks.blogspot.com
1,046 views