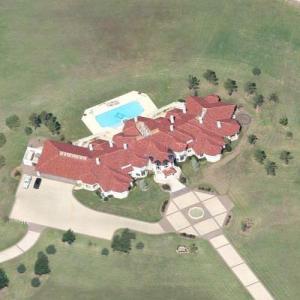 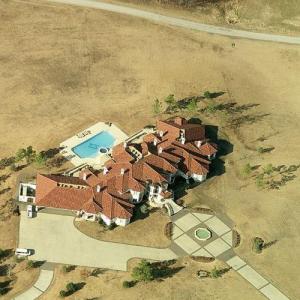 Garth Brooks and Trisha Yearwood purchased this home before the pair moved to the Nashville area in 2014. The couple relocated to this particular spot because Brooks’ ex-wife had moved his daughters to the area and he wanted to remain close to them. Trisha at the time was skeptical about being able to manage their careers so far from Nashville, so Brooks made a promise that they would relocate once all of the girls finished high school.

The $3.5 million 14,089-square-foot French country style home sits on 2.4 acres of property and is located in Owasso, Oklahoma. The home has 7 bedrooms, 9.5 bathrooms, 2 kitchens, a screening room, a gym, and a 5-car garage.

In 2014 Garth Brooks sold the $3.5 million Oklahoma home to keep the promise he made to wife Trisha He promised Trisha Yearwood they would move back to Tennessee as soon as all three of his daughters with first wife Sandy graduated high school

In total Garth Brooks has a net worth of $330 Million his estimated salary is close to $90 Million a year. Garth is a wildly successful country music artist with six diamond albums. In total he has sold over 200 million albums worldwide. According to the Recording Industry Association of America (RIAA), Garth is the best selling solo artist of the 20th century in the United States. This fact is debated as RIAA did not precisely track Elvis Presley's earliest sales. When you adjust for Elvis’ possible record sales during this time, Garth is the second best selling solo-artist of the last 100 years and the third best selling artist overall, with The Beatles being number one. Garth is hands down, the best selling artist of the last 20 years, having sold 70 million albums. Between June 2017 and June 2018, Garth Brooks earned $45 million. Truly a country legend.
Links: en.wikipedia.org, en.wikipedia.org
153,794 views