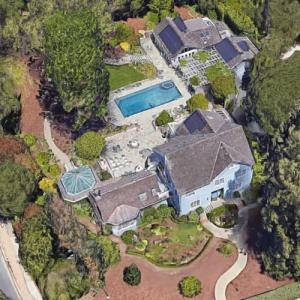 By jdubble07 @ 2021-02-10 16:28:10
@ 37.4160888, -122.1689388
Stanford, California (CA), US
George Shultz was an American economist, diplomat, and businessman. He served in various positions under three different Republican presidents and is one of only two people to have held four different Cabinet-level posts. Shultz played a major role in shaping the foreign policy of the Ronald Reagan administration. From 1974 to 1982, he was an executive of the Bechtel Group, an engineering and services company. In the 2010s, Shultz was a prominent figure in the scandal of the biotech firm Theranos, continuing to support it as a board member in the face of mounting evidence of fraud.
Links: en.wikipedia.org
1,514 views