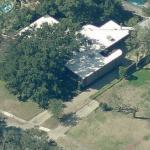 By borlefborlef @ 2013-09-17 17:58:07
@ 29.75623245, -95.41500986
Houston, Texas (TX), US
Mr. Finkelstein was the founder of Medallion Oil Company and well known in the oil and gas industry. A generous and modest philanthropist, he was a driving force in the Neurofibromatosis Society which bestowed upon him their Founder's Medal. He was a major benefactor of Cardiovascular Sciences Research at Baylor College of Medicine and The Methodist Hospital, Project Row Houses, and The Asia Society, upon whose board he served. In addition, friends and associates knew him as a perennial and generous doer of good deeds. Graveside Services: 4:00 P.M. Sunday, November 25, 2001, Beth Yeshurun Cemetery-Allen Parkway, Rabbi Jack Segal, officiating. In lieu of flowers, the family suggests that a contribution be made to the charity of your choice.