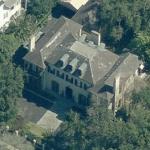 By borlefborlef @ 2013-09-17 18:03:49
@ 29.75658639, -95.41540816
Houston, Texas (TX), US
Stabell has been with Merlon International, an oil and gas exploration and productions company with operations in Texas and the Arab Republic of Egypt. Mr. Stabell oversees finances for the company. Prior to this, Mr. Stabell was VP and CFO of Merlon Petroleum Company, where we led negotiations and structuring of equity offerings, credit facilities, industry farm-ins and international joint operating agreements. Previously, he had been an analyst with Salomon Smith Barney.

The home was previously owned by Thomas Giacomini, an executive for Sempra Energy who died, with his wife and two children in a plane crash in Colorado in 2008.
Links: www.denverpost.com
1,244 views