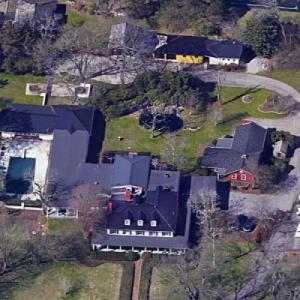 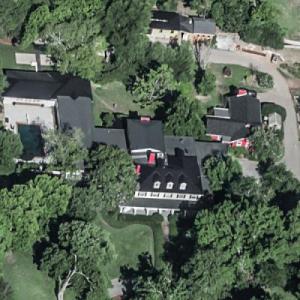 Jack White, born Jack Anthony Gillis on July 9, 1975 is best known as one half of the Grammy winning band The White Stripes. Formed in 1997 with his then wife, Meg White, The White Stripes released six studio albums before disbanding. Jack Gillis was born in Detroit and was the youngest of ten kids. Teaching himself to play his sibling’s discarded instruments is what fueled his love for the art of making music. Jack was playing music in bands around Detroit at night while working as an upholsterer during the day. He started his own business called Third Man Upholstery. Jack met Megan White while in high school. In 1996, Jack and Meg were married and Jack took her surname. After teaching Meg the drums, The White Stripes were formed and they recorded and toured until 2007 when Meg’s anxiety caused the band to cancel the rest of their tour. They eventually ended the band in 2009.

Jack has gone on to record two critically acclaimed solo albums as well as albums with his other bands, The Raconteurs and The Dead Weather in 2006 and 2009, respectively. Jack currently runs Third Man Records in Nashville where he releases vinyl recordings and produces albums. In 2013, he divorced from his second wife, supermodel Karen Elson. Together they have 2 children, a boy (Henry – called Hank) and Scarlett. In November 2015, Jack returned to Detroit to open Third Man Records Cass Corridor outpost in his native Detroit. This location will purchase eight new vinyl pressing machines so they can press their own work.

The Nashville property of Jack White sits on 7 hilly acres in the southern suburb of Brentwood. Purchased for 3.1 Million in December of 2005, Jack White has added his own personal touches by painting the main home and adjoining buildings in his signature colors. He has painted his chimneys and front door, his signature red. The red barn out back acts as a guesthouse. The site also houses a black and yellow workshop and a red and white recording studio. The home, building in 1910, is said to have flocked velvet wallpaper and a green and black master bedroom decorated in the “rustic art deco” style.

Jack White is believed to have an estimated net worth of $45 Million from his recording collection and various businesses.
Links: www.bergproperties.com, www.celebritynetworth.com, www.nytimes.com, www.npr.org, en.wikipedia.org, www.hollywoodreporter.com, kelstew.blogspot.com, www.themodernage.org
93,958 views