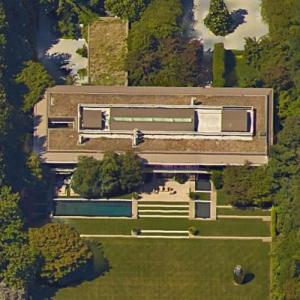 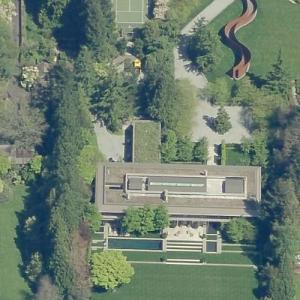 By neotrix @ 2008-04-13 07:23:35
@ 47.61467855, -122.23261778
Medina, Washington (WA), US
Jeffrey Brotman, the co-founder of Costco Wholesale Corporation and former Chairman of the Board lives here. Brotman was also an American attorney. In 1982, Brotman co-founded Costco Wholesale Corporation with Jim Sinegal, a protégé of Sol Price, the founder of PriceSmart. Together, the two would revolutionize consumer buying patterns, and change forever the meaning of big box stores. Brotman served as chairman from the company's inception until his death, except during a stretch from 1993 to 1994 when he was vice chairman. In 2017, Costco operated 736 warehouse stores, and continues to be a major player in consumer retail.

Brotman served on the boards of several public companies. He sat on the board of directors of the Million-Dollar Roundtable at the United Way of King County. He also served on the boards of Seafirst Bank, Starbucks, and was a Trustee at the Seattle Art Museum. He and his wife Susan donated to numerous causes, especially at the University of Washington, where they funded hundreds of student scholarships. They also endowed the Jeffrey & Susan Brotman Professorship at UW Law School, currently held by Steve Calandrillo. This business savvy has earned Brotman an estimated Net Worth of Jeffrey H Brotman is at least $107 Million dollars as of 9 October 2015. Jeffrey Brotman owned over 42,493 units of Costco Wholesale stock worth over $34,709,145 and over the last 16 years Jeffrey sold COST stock worth over $72,763,625. Brotman was also an early investor in Howard Schultz's Starbucks coffee.

Brotman was married to Susan Thrailkill, and with his wife had two children, Justin Brotman and Amanda Brotman-Schetritt. Brotman died August 1, 2017 in Medina, Washington, at the age of 74. He died in his sleep, with some reports indicating heart failure. He was a member of Temple Beth El in Tacoma.

lw130homes
@ 2010-10-24 14:16:54
Jeff and Susan Brotman hosted lunch with Michelle Obama at their Medina mansion on October 25, 2010. The lunch was a fundraiser for US Senator Patty Murray’s (Democrat Washington) reelection. Table captains pledged $7500 each. Pictures and the story are at http://seattle-mansions.blogspot.com/2010/10/jeff-brotman-hosts-michelle-obama.html. The mansion is in the exclusive cove of Medina that includes Nathan Myhrvold’s T-Rex house, Charles Simonyi’s Window 2000 house and Gary Reed’s former estate. The mansion is on page 98 in Lake Washington 130 Homes (www.HundredHomes.net).

Anonymous
@ 2017-05-24 19:41:13
I understand Brotman, Jeff Bezos , Paul Allen, & Bill and Melinda Gates are Big supporters of the Diplomatic Society of St Gabriel. A global peace works founded by Diplomats at the UN/ NYC in 1996 to end interfaith conflicts?