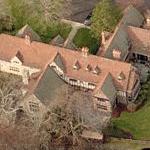 Mr. Jeffrey P. Williams is the Founder and President at Jeffrey Williams & Co. Prior to that, Mr. Williams was a Partner at Greenhill & Co., from 1998 to 2001 and was a Lead Advisor in the Media, Technology and Telecommunications industries. He served as the Principal Financial Advisor on transactions valued in excess of $5.2 billion for a number of leading technology and media-focused clients including Compaq Computer Corporation, Alta Vista Company, Opus360 Corporation, and Chancellor Media Corporation. From September 1996 to January 1998, he was the Executive Vice President, Strategic Development and Global Markets at McGraw-Hill Companies, Inc. At McGraw-Hill, Mr. Williams was responsible for leading the strategy development for all businesses at the company. Additionally, he was responsible for managing the McGraw-Hill Capital Corporation. He was responsible for the successful development of the firm’s first comprehensive framework for international expansion. Prior to McGraw-Hill, Mr. Williams had a 17-year career at Morgan Stanley & Co. in the Mergers and Acquisitions and Corporate Finance Departments. Mr. Williams was a Managing Director at Morgan Stanley for nine years and served as the head of the company's Telecommunications and Media Group from 1984 to 1996. While at Morgan Stanley, he advised clients throughout North America, Europe and South East Asia, serving as Principal Financial Advisor on transactions valued in excess of $200 billion. In 1995 and 1996, he was directly responsible for guiding the separation of AT&T into its five constituent parts, including the initial public offering of Lucent Technologies. Mr. Williams transaction experience spans a variety of deal structures that includes mergers, acquisitions, divestitures, recapitalizations, equity, and debt financings. He served as a Director of Leap Wireless International Inc. Mr. Williams is a Trustee and Chairman of the University of Cincinnati Foundation, a Trustee of the New York-based International Center of Photography, as a member of the President's Council at Environmental Defense and as a Trustee of the New Canaan Library Association. In 1975 he received a Bachelor of Architecture from the University of Cincinnati and worked in the construction and commercial real estate industries for two years. He earned his M.B.A. with distinction from Harvard Business School in 1979.

Jeffrey Williams purchased the property, consisting of 6.18 acres of land overlooking a waterfall on the Silvermine River, on October 16, 1991 for $2,225,000. The home has 6 bedrooms and at least 8,841 square feet of living space. Jeffrey P. Williams' house is currently appraised at $8,709,857, according to public property records.
Links: investing.businessweek.com
1,152 views