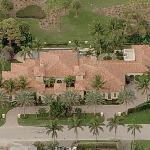 By jdubble07 @ 2010-07-29 14:27:22
@ 26.33186151, -80.08050696
Boca Raton, Florida (FL), US
John Bitove is a Macedonian Canadian businessman and sportsman. He is the controlling shareholder through Obelysk, of Priszm, Scott's Real Estate Investment Trust and Canadian Satellite Radio (which owns XM Satellite Radio in Canada). Bitove is also the founder and driving force behind the S'Cool Life Fund a charitable entity for public schools across Canada. Bitove was the founder of the Toronto Raptors of the National Basketball Association franchise as well as the creator of the new home of sports and entertainment in Toronto the Air Canada Centre.
Links: en.wikipedia.org
1,685 views