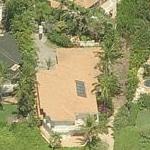 By Champion3 @ 2012-07-14 00:11:53
@ 20.70196101, -156.44513116
Kihei, Hawaii (HI), US
Joseph Sugarman is a Las Vegas-based entrepreneur from Chicago. Sugarman introduced the cordless phone and the digital watch to the public with his marketing techniques. He also introduced the concept of using toll-free numbers to take credit card orders over the phone, which was unheard of at the time. After only one year of using toll-free numbers to process orders, thousands of other companies followed suit. This led to a revolution in the merchandising industry. He is also the founder of BluBlocker Sunglasses. One of his lasting advertising innovations is the “man on the street.” This involved a public demonstration of the product to strangers passing by and was completely new at the time. It’s now one of the standard tricks of infomercials. He has also done well on QVC, selling millions of dollars worth of his product in a single day.
Links: www.blublocker.com
1,312 views