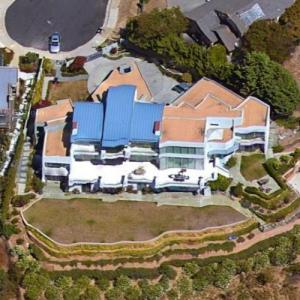 One of the best basketball players on the court today, Durant is also a well accomplished businessman. Known for his quick and smart decision making on and off the court, the all star created an investment property called the Durant Company. The company also includes his media branch Thirty Five Media and his charitable foundation. His business savvy has earned him a net worth of $170 Million, with an average yearly salary of $29 Million from the NBA alone. But his earnings don’t stop there, as Durant has landed a score of endorsements, most notably his shoe contract with Nike. Durant reportedly signed a 10-year deal in 2014 that rumored to reach $300 million with a sizable retirement package. All together, before Durant even steps on the court, he earns $36 million from endorsement deals with big names like Gatorade, Nike, Degree and others. Not to mention that in July 2016, Kevin signed a two-year $54 million deal to join the Golden State Warriors. Some estimates show that between June 2017 and June 2018, Kevin Durant earned $48 million from salary and endorsements and June 2018 and June 2019, he earned $65 million. Always looking to the future, Durant holds a $31.5 million player option for the 2019-20 campaign but has been rumored to turn it down to become a free agent.

The basketball star is a doing very well for himself, and was reported to have bought a four-bedroom, six-bathroom property for $12.05 million in April 2018, and he's now listing it for $13.495 million.
Links: en.wikipedia.org
19,738 views