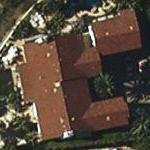 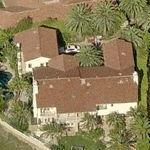 Born on August 23, 1978, Kobe Bean Bryant is known for his incredible skill on the courts. Drafted straight from high school in 1996 by the Charlotte Hornets, and quickly traded to the LA Lakers, Kobe has won 5 NBA championships, been a member of the All-NBA Team 17 times and was a 15-time member of the NBA All Star Team. He is the all-time leading scorer in his franchise’s history and is the proud owner of 2 Olympic gold medals. He played on the USA team in the summer Olympics in both 2008 and 2012. Kobe, named after the beef, has played his entire career (20 seasons) with the LA Lakers and has announced that he will retire after the 2015-2016 season.

Kobe is married to Vanessa Laine. Kobe met Vanessa in 1999 when she was 17 and they were married on April 18, 2001. They have two children. Their daughter Natalia was born in 2003 and their second daughter, Gianna, was born in 2006. The couple went through a very public divorce when Vanessa filed in December 2011. By January 2013, the couple called off their divorce and publically announced their reconciliation on Twitter. Kobe did face some personal trials early in his career. Most notably, he was accused of sexual assault in 2003. The charges were eventually dropped and the civil case was settled out of court for an undisclosed sum.

This property is one of three Kobe owned in the area. This is the second property he sold after remodeling the entire place. This Mediterranean style estate is located in a heavily gated community in Newport Beach, California. The home was purchased by Kobe and his wife Vanessa in 1997 for $1.7M. The 8,500 square foot home is located on nearly ½ acre of “resort quality” grounds and features a custom pool and spa, fire pit and outdoor kitchen. The inside of this home has been redone with limestone and walnut throughout the place. The 4 bedroom, 5.5 bath home features an 850 square foot gym, a hair salon, a large paneled office with a shark tank, a home theatre with wet bar and two stories of unobstructed city and ocean views.