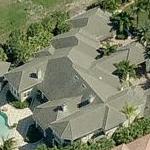 By Champion3 @ 2010-11-13 12:04:20
@ 27.78638172, -82.42401914
Apollo Beach, Florida (FL), US
Lance Ringhaver was a film producer and heavy equipment dealer who owned this home before he passed. He is the majority owner of the company his father founded, Ring Productions, and has run a heavy equipment dealership called Ringhaver Equipment, a subsidiary Lance started. Mr. Ringhaver led the construction equipment dealer Ring Power Corp. after his father, who founded the company, died in 1976. The company was based in St. Augustine at the time, but Mr. Ringhaver moved to Tampa in 1986 and launched Ringhaver Equipment Company under the umbrella of RPC, Inc. The companies later merged just before Mr. Ringhaver retired in 2003. Ring Power now has 26 branches in Florida with nearly 2,000 employees.

Lance C. Ringhaver, was a businessman who was one of the original owners of the Tampa Bay Rays and is credited with helping bring Major League Baseball to the bay area. He was killed in a car crash in Hillsborough County on Monday evening. He was 76. Mr. Ringhaver was a member of a team led by the Rays' first principal owner, Vince Naimoli, that finally won an expansion franchise in 1995 after years of trying to bring Major League Baseball to Tampa.

Mr. Ringhaver also served on the Tampa Port Authority Board for nine years after then-Gov. Jeb Bush appointed him in 1999. Some questioned his ability to serve as chairman of the board after he suffered a stroke in 2004, but he continued to serve for another four years despite this. Ringhaver's philanthropies included Tampa's Florida Aquarium, the YMCA and his alma mater, the University of Florida. He served on the University of Tampa Board of Trustees from 2002 to 2008 and was a member of the Hillsborough Community College Board of Trustees in the early 1990s.

Mr. Ringhaver also became interested in pursuing a baseball team for Tampa Bay soon after his arrival in town. He and other investors gathered behind Naimoli, included bids to snag the Minnesota Twins in 1984, the Oakland A's in 1985, the Chicago White Sox in 1988, the Texas Rangers in 1989 and the Seattle Mariners in 1991 and 1992.
Links: www.imdb.com
3,026 views