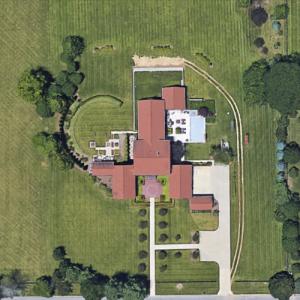 By bigtenfan14 @ 2021-10-13 15:37:23
@ 39.9271815, -86.32324098
Zionsville, Indiana (IN), US
Lance Stephenson Jr. (born September 5, 1990) is an American professional basketball player who last played for the Liaoning Flying Leopards of the Chinese Basketball Association (CBA). He attended Lincoln High School in the Coney Island section of Brooklyn,[1] where he was named Mr. New York Basketball after his senior year and appeared in the 2009 McDonald's All-American Game. He was drafted with the 40th overall pick in the 2010 NBA draft by the Indiana Pacers and played for the franchise until signing with the Charlotte Hornets in 2014. After three years splitting time with the Hornets, Los Angeles Clippers, Memphis Grizzlies, New Orleans Pelicans and Minnesota Timberwolves, Stephenson returned to the Pacers in 2017. In 2018, he joined the Los Angeles Lakers.
231 views