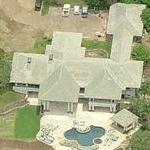 By Champion3 @ 2010-07-15 00:48:13
@ 21.00421292, -156.63774989
Lahaina, Hawaii (HI), US
Leland R. Reiswig Jr. is the retired General Manager of IBM's Personal Software Products Division, which, if measured independently from the rest of IBM, would have been ranked the 5th largest software company in the world. He retired from IBM in 1997, after 30 years of service. He is generally known as the "father of OS/2." OS/2 is a PC operating system that is an alternative to Microsoft Windows and is used primarily by corporate customers because of its superior reliability and performance. As General Manager, Lee was responsible for worldwide development, marketing, sales and support for OS/2, PC-DOS, OS/2 LAN Server and numerous other PC based software offerings. He is also the owner of Bandwidth Technology Corporation.
Links: bandwidthtechcorp.com
1,044 views