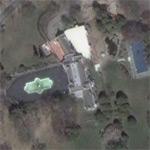 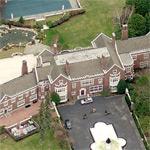 Known as Dunnellen Hall, the estate of more than 40 acres was at the center of Mrs. Helmsley's 1989 federal tax-evasion trial, when she was accused of illegally billing her company for more than $3 million of property renovations. The former model, dubbed the "queen of mean," served 18 months in federal prison. She died in August at age 87.

The 1918 Jacobean-style manor house of more than 20,000 square feet, with 10 bedrooms, sits on one of the highest points in the Greenwich backcountry and has views of Long Island Sound. There's also a carriage house and pool house.
Links: realestalker.blogspot.com, www.wsj.com, en.wikipedia.org, en.wikipedia.org
16,732 views