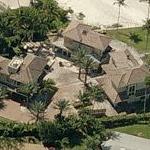 By Champion3 @ 2009-11-11 11:43:21
@ 26.09550305, -81.80143018
Naples, Florida (FL), US
Lloyd I. Miller III is a businessman whose relative, Lloyd I. Miller, was an industrialist and former United States Ambassador to Trinidad and Tobago. He was a former chairman of Vulcan International, whose Vulcan Corporation manufactures shoes, sports equipment and plastics products. The elder was a former also part owner of the Cincinnati Reds and a director of several corporations in the Cincinnati area until he passed away at his home in Naples in 1990.
Links: www.nytimes.com
3,043 views