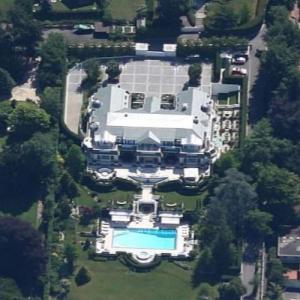 The company, an acronym of Techniques d'Avant Garde, which was founded by his father (prominent arms dealer Akram Ojjeh), owns 25% of the McLaren Group, the most important asset of which is the McLaren Formula One team - a British Formula One racing team that is considered one of the most successful teams in F1 history, having won 182 races, 12 drivers' championships and 8 constructors' championships. They are also the second oldest active team after Ferrari.

Ojjeh is a former owner of the Swiss company, Heuer watches, which Ojjeh's company rebranded to TAG Heuer, modernized the product line, and resold to the French multinational luxury goods conglomerate, LVMH (LVMH Moët Hennessy • Louis Vuitton S.E) for US $740 million in 1999. Tag Heuer's luxury sports watches and chronograph timepieces including the Carrera Automatic, Aquaracer, Formula 1, and Pilot series' are known as some of the most premium watches in the world. Price points range from $800 to over $17,000.

He also owns 10% of the upmarket jewellers Asprey and Garrard. The company, headquartered on New Bond Street, London UK, has supplied crowns, coronets and sceptres for royal families around the world and currently holds a Royal Warrant of appointment from the Prince of Wales. They are known for jewellery collections inspired by the blooms found in English gardens, and the 61-facet Asprey cut, a cut that maximizes light refraction to brilliant effect in the diamonds they sell. The Asprey cut must be done by hand, but, when completed, leaves a letter "A" on the crown and a flower in the centre to create softness.