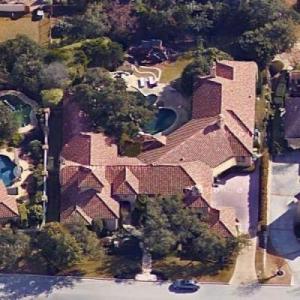 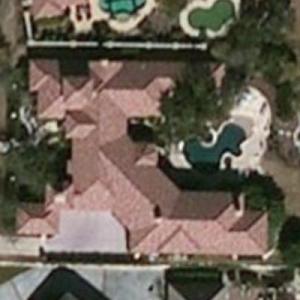 Ginobili is a world class all star player, and one of only two players to have won a EuroLeague title, an NBA championship, and an Olympic gold medal. A four-time NBA champion, and die hard Spurs loyalist, Ginóbili was a member of the San Antonio Spurs for his entire NBA career. Along with Spurs teammates Tim Duncan and Tony Parker, he was one third of the notorious "Big Three". His pro career started in the Argentine basketball league. He also played in Italy briefly 1998 until he was drafted by the San Antonio Spurs, where he would stay for his entire NBA career. Manu has won three NBA championships, all with the Spurs.

The one-story Mediterranean-style abode was listed in 2018. It features four bedrooms, 4.5 bathrooms, a gourmet kitchen, a large family room, a game room, a wine cellar, a pool, a spa and a pond, all laid out on 6,185 square feet. For only $2 million this impressive mansion shows how far the dollar goes in San Antonio. When asked why Ginobili wanted to sell the home, his reply was simply that he wanted to change houses. He’s since been rumored to have moved to Los Angeles.

Manu Ginobili has earned a net worth over his impressive career. $45 Million. While playing for the Spurs his peak salary was $14 Million a year. One of the greatest basketball players to hit the hardcourt, Ginobili is certainly an MVP caliber player. While the Spurs are sad to see him go, his impact on the game will be far reaching and understood.
Links: en.wikipedia.org
27,431 views