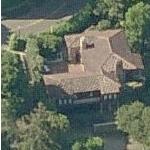 By Champion3 @ 2010-10-23 05:01:12
@ 37.88333481, -122.2610642
Berkeley, California (CA), US
Michael Lewis is a contemporary author and financial journalist. His bestselling books include The Big Short: Inside the Doomsday Machine, Liar's Poker, The New New Thing, and Moneyball: The Art of Winning an Unfair Game. Another of his books, The Blind Side: Evolution of a Game was made into a movie starring Sandra Bullock and Tim McGraw. A graduate of Princeton and London School of Economics, he worked as a bond salesman for Saloman Brothers, the infamous Wall Street investment bank.

Tabitha Soren is a former reporter for MTV News. She is perhaps best known as the public face for MTV's "Choose or Lose" campaign designed to inspire young people to vote.