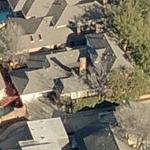 Beginning in the early 1970s, Hunt and his brother began accumulating large amounts of silver. By 1979, they had nearly cornered the global market. In the last nine months of 1979, the brothers profited by an estimated $2 billion to $4 billion in silver speculation, with estimated silver holdings of 100 million ounces (6.25 million pounds).

During the Hunt brothers' accumulation of the precious metal, prices of silver futures contracts and silver bullion during 1979 and 1980 rose from $11 an ounce in September 1979 to $50 an ounce in January 1980. Silver prices ultimately collapsed to below $11 an ounce two months later. The largest single day drop in the price of silver occurred on Silver Thursday.