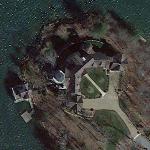 By jdubble07 @ 2013-05-08 12:24:39
@ 34.836121, -83.551194
Clayton, Georgia (GA), US
Nick Saban is an American college football coach and the current head coach of the University of Alabama Crimson Tide football team. Saban previously served as head coach of the National Football League's Miami Dolphins and three other NCAA universities: LSU, Michigan State, and Toledo. His eight-year contract totalling US$32 million made him one of the highest paid football coaches, professional or college, in the United States at the time. He appeared on the September 1, 2008 cover of Forbes magazine as "The Most Powerful Coach in Sports".
Links: en.wikipedia.org, www.yahoo.com
2,862 views