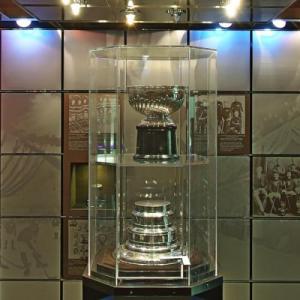 Each year, the winning teams were allowed to engrave their players' names onto the Cup. It was eventually mounted on a small base, which grew in size over the years to make room for more engraved winners. As of 1910, the Cup has only been awarded to pro teams. In 1927, the NHL adopted the trophy as its own.

The original Cup was retired in 1970 and replaced with the Cup still used today.
Links: en.wikipedia.org
840 views