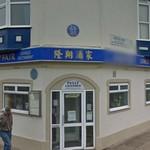 He appeared in the BBC Radio comedy series The Goon Show, featured on a number of hit comic songs and became known to a world-wide audience through his many film characterisations, among them Chief Inspector Clouseau in The Pink Panther series of films.
Links: en.wikipedia.org
1,484 views